Former Japanese Prime Minister Shinzo Abe died on Friday in Nara, Japan, after being shot while giving a speech. He was 67 years old.

Police said that he used a homemade gun in the shooting, and they took away several other homemade guns from his apartment.

Abe was the Japanese prime minister who led the country the longest. He quit as leader in 2020 because of health problems.

Shinzo Abe’s body was taken to his family home in Tokyo on Saturday, a day after he was killed in a shooting that shocked the whole country. CNN was told by his office that his funeral will take place on Monday and Tuesday. There will be a wake and a memorial service.

A 41-year-old unemployed man told the police that he shot Abe. Police said that the suspect used a homemade gun in the shooting, and they found several other homemade guns in his apartment.

Tomoaki Onizuka, the police chief in the city where Abe was killed, said he “can’t deny there were problems” with the former prime minister’s security and that he “takes responsibility” for the failure that led to his death. 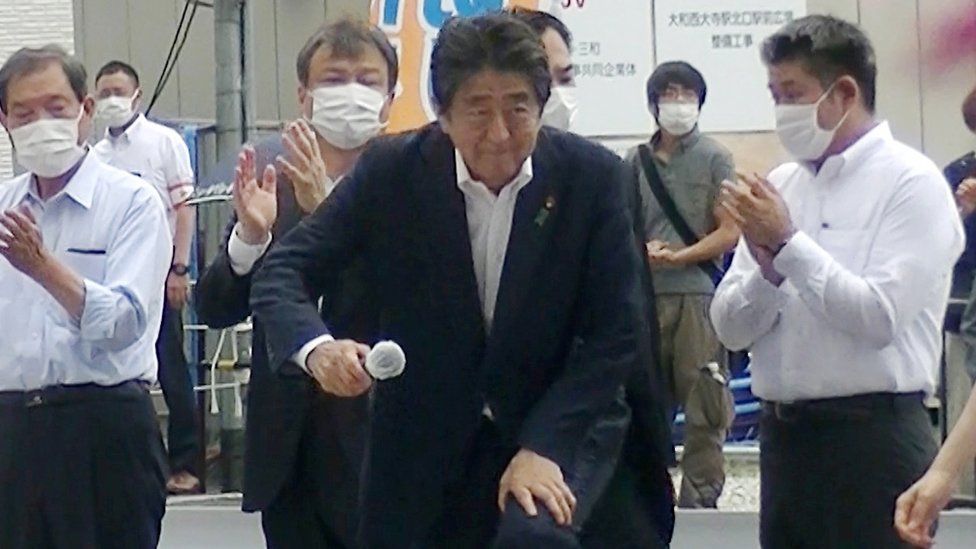 People in Karachi protests over a “blasphemous” Wi-Fi name
Advertisement