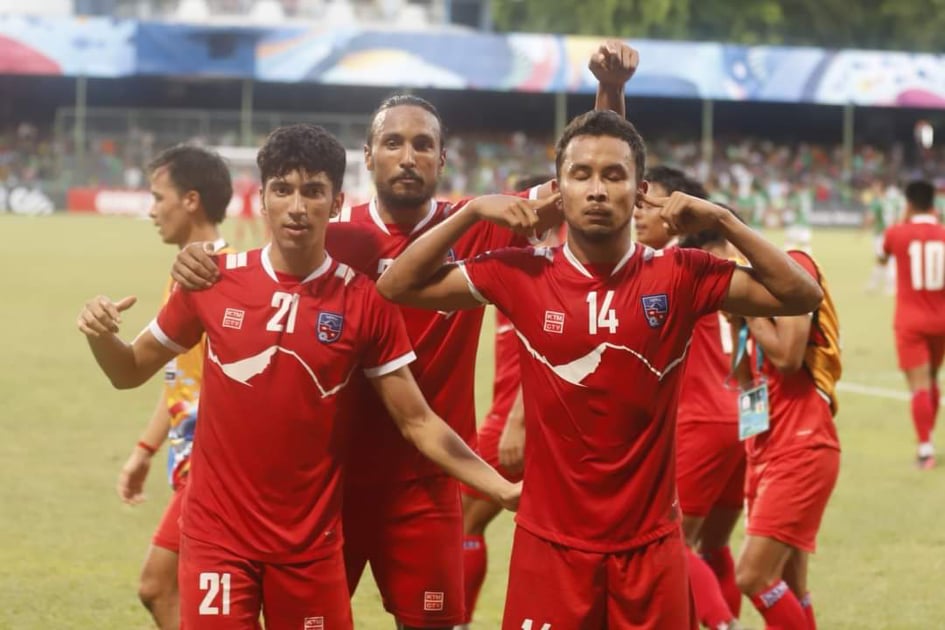 KATHMANDU: Nepal reached the final of the SAFF Championship after coach Abdullah Almutairi’s men played a draw against Bangladesh on Wednesday.

This is the first time in the history that Nepal have reached the final of the SAFF Championship.

Nepal had to play at least a draw against Bangladesh to reach the final.

Police recovered dozens of petrol bombs from Motipur incident site
Final will be my last match and will never come back to Nepal, says Almutairi
Advertisement