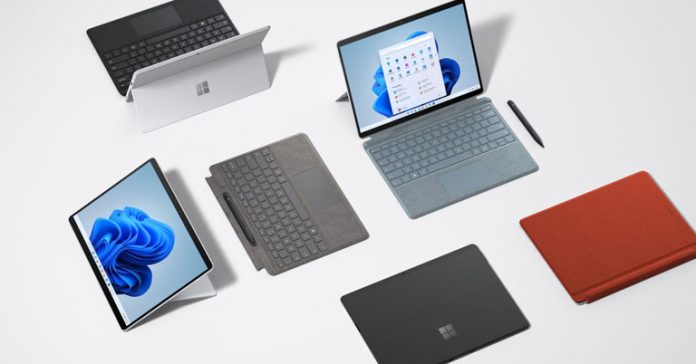 To begin with, both the Pro X and Pro 8 boast a 13” PixelSense display with 2880×1920 (267 PPI). However, the latter has support for a 120Hz refresh rate and Dolby Vision. Though the screen runs at 60Hz, it can dynamically jump to 120Hz during touch and stylus input.

Powering the Pro 8 is either the Intel Core i5-1135G7 Processor or Core i7-1185G7 processor. It can be configured with up to 32GB of LDDR4X RAM and up to 1TB of SSD storage. The graphics, on the other hand, are handled by integrated Intel Iris Xe GPU. With this configuration, Microsft is citing it as the “most powerful Pro”. 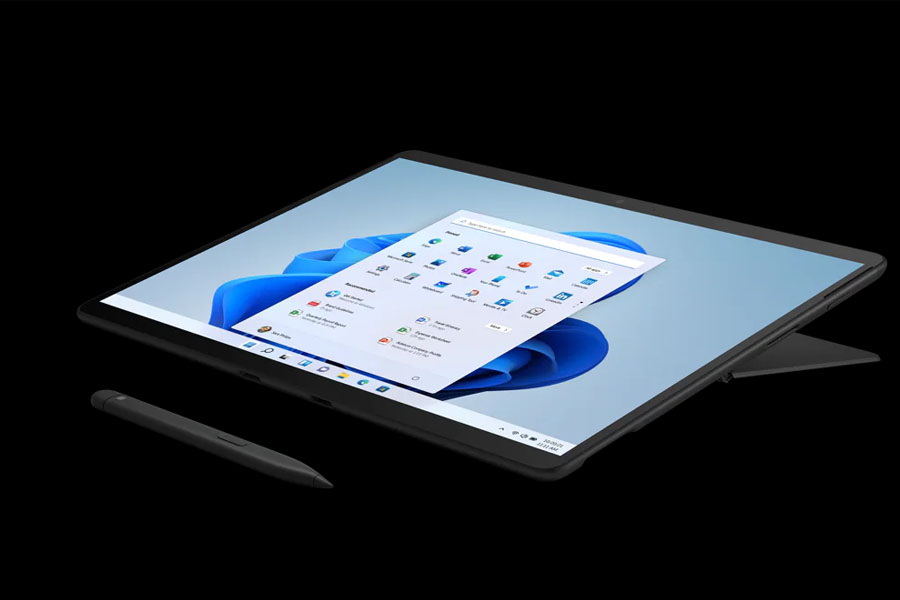 Likewise, the Pro X is also available in two chip configurations—Microsoft SQ 1 and Microsoft SQ 2. The former comes with Adreno 685 GPU, while the latter has Adreno 690 graphics. It is paired with up to 16GB of LPDDR4X RAM and up to 512GB of SSD.

Moving on, both come pre-installed with Windows 11 out-of-the-box. But, interestingly enough, the LTE variant of the Pro X still runs Windows 10 Home and will be upgraded to the new OS when available.

In terms of camera, either of the devices has a 5MP lens on the front and a 10MP sensor on the back. The latter can record up to 4K video. Plus, they support Windows Hello face authentication as well. Now, like the Surface Go 3, the Surface Pro 8, and Pro X have 2W stereo speakers with Dolby Audio.