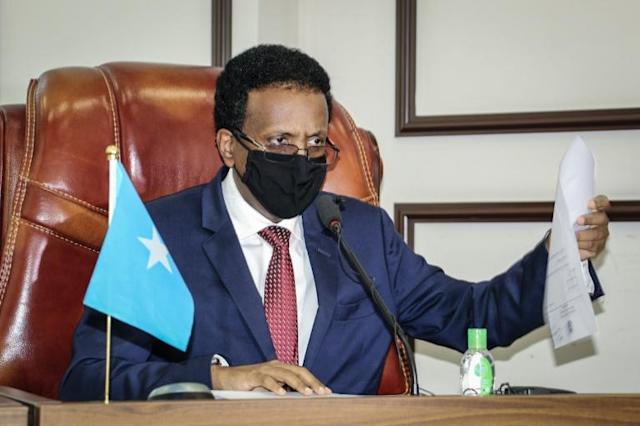 MOGADISHU, Sept 17: Somalia’s regional leaders on Friday appealed to the president and prime minister to end their damaging feud, warning of the risk of political instability in the Horn of Africa nation.

The row escalated sharply on Thursday when President Mohamed Abdullahi Mohamed, who is popularly known as Farmajo, suspended the executive powers of Prime Minister Mohamed Hussein Roble — a move swiftly rejected by the premier as “unlawful”.

The two men have been at odds over top security appointments in a dispute that threatens to imperil repeatedly delayed elections and distract from efforts to confront a long-running Islamist insurgency.

Leaders of Somalia’s five semi-autonomous states called on the protagonists to stop “exchanging statements,” resolve their differences through mediation