President Sheikh Khalifa bin Zayed al-Nahyan of the United Arab Emirates, one of the world’s wealthiest monarchs, died at the age of 73.

Sheikh Khalifa has been the president of the United Arab Emirates since 2004, but his role has been largely ceremonial since he suffered a stroke in 2014. 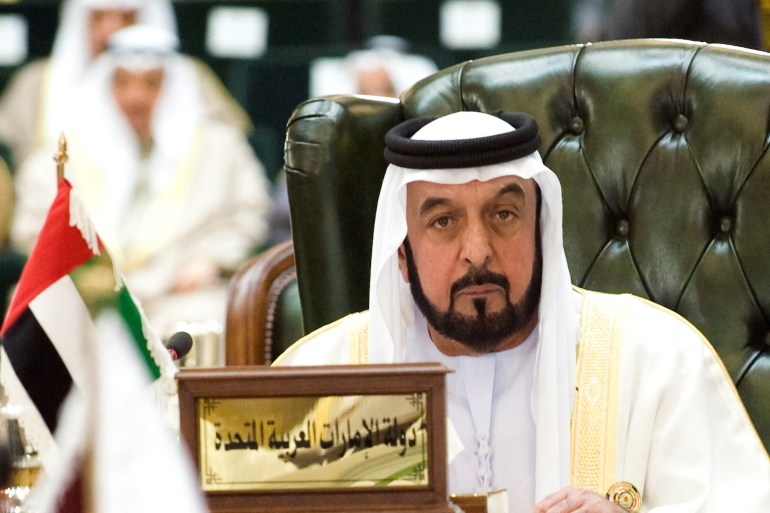 Mohamed bin Zayed al-Nahyan, his half-brother, is now in charge of state affairs.

Sheikh Khalifa was not only the president of the UAE, but also the ruler of Abu Dhabi, the oil-rich capital of the UAE’s seven emirates.

The official WAM news agency broke the news of his death.

The presidential affairs ministry declared 40 days of mourning, with flags flying at half-mast beginning Friday and work suspended in the public and private sectors for the first three days.

During his first decade in power, he presided over a major restructuring of both the federal and Abu Dhabi governments.

However, following his stroke, he was rarely seen in public, despite continuing to issue rulings.

Sheikh Khalifa was described as a “true partner and friend of the United States” by US President Joe Biden.

“We will continue to strengthen the longstanding ties between the governments and peoples of the United States and the United Arab Emirates in his memory,” Mr Biden said.

The vice-president, Sheikh Mohammed bin Rashid al-Maktoum, ruler of Dubai, will serve as interim president under the UAE constitution.

To elect a new president, the federal council, which includes the rulers of the seven emirates, must meet within 30 days.

Alexander Subbotin is the seventh Russian oligarch to die mysteriously this year
Elon Musk says he’d like to meet his Chinese doppelganger, Yilong Ma — assuming he’s not a deepfake.
Advertisement